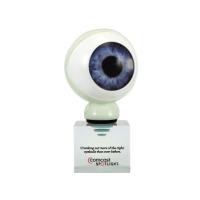 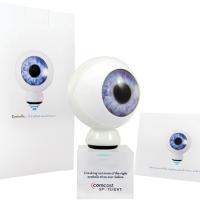 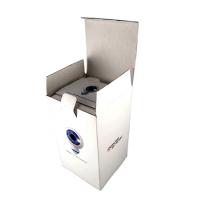 Comcast Spotlight, the advertising sales division of Comcast Cable, the largest cable operator in the USA. With a presence in over 80 specific markets around the US, Comcast Spotlight has a lot of offer to advertisers: They reach a staggering 30 million homes, which means that their clients’ ads are seen by an awful lot of eyeballs!

In a competitive media environment, Comcast Spotlight has thrived by adapting to the particular needs of advertisers. And they like a good challenge. Give them any target audience, any message, and any advertising budget, and they’ll put your ads in front of the right eyeballs.

Advertisers are constantly challenged to reach very particular audiences in pockets around the US. This audience fragmentation was the inspiration for Comcast Spotlight’s newest service: I+.

I+ enables advertisers to place their TV commercials on ad-supported TV networks across cable, satellite, and telco homes, in on-demand, and all in hyper-local markets. Comcast Spotlight’s eye-poppingly large network has always provided advertisers with more eyeballs than any other competitor; now I+ ensures that advertisers are grabbing more of the right eyeballs than ever before.

In-fact, “delivering more of the right eyeballs then ever before” became the I+ tagline, inspiring the campaign’s unique mascot: Eyecon. The larger-than-life, undeniabley eye-catching character is the fun visual that symbolizes the varied targets that Comcast Spotlight reaches. As a tangible reminder of the eyeballs that the company reaches with I+, Comcast Spotlight decided to create a very special gift for the entire Comcast Spotlight team.

Comcast Spotlight Eyecon Collectible. A premium display piece, the Eyecon is part toy, part statue, part art piece. Made of heavy-weight resin, the two-part collectible includes a replica of the Eyecon character, and a crystal-like base that he appears to hover on.

As the symbol of Comcast Spotlight’s ability to reach the right eyeballs, the Eyecon collectibles became permanent residents on the desktops of thousands of Comcast Spotlight employees across the USA. The collectibles act as a reminder of the team’s mission and encourage staff to take pride in the unique service they provide to advertising clients every day.

Chris del Sordo, Creative Director and video production wizard at Blue Door Films (and co-creator of the Eyecon character), contacted Happy Worker about making a collectible out of Eyecon. The initial idea to transform Eyecon into a designer vinyl toy proved impossible, given the tight window of opportunity to give the collectibles to staff while the I+ campaign was still warm off the press. The perhaps even more effective alternative, to make Eyecon into a resin display piece, gained momentum and became the top concept.

Blue Door Films provided Happy Worker with a 3D model of the character, which had been used previously in the campaign’s own 30 second spots. Happy Worker went to work modifying the CAD file and preparing it for rapid prototyping. The prototypes created from the 3D model were quickly run through a series of re-molding stages, on the way to creating the final production molds for the collectibles.

At the same time, Happy Worker went to work on the two creative challenges for the project. The first challenge was incorporating Eyecon’s “propulsion rings” into the collectible in a smart (and awesome) way. Because of the cone-line ring shape, it was impossible for Eyecon to sit on his rings alone without toppling over. Embedding the rings inside a transparent resin base was the best solution. The ring cone was created on separate resin piece, painted with the light blue rings, then literally melted into the base to get a clean, seamless look. The finishing stage involved polishing the heck out of the base much like a piece of jewelry, turning it into a true work of art.

The second creative challenge was capturing Eycon’s highly detailed, uber-realistic cornea design and making the figures look like a real human eyeball. Printing the graphics on the surface of the eye wouldn’t do - to create the depth and character of a real human eye, it was again important to embed the cornea artwork inside the collectible. By leaving a cavity in the front of the eye, it was possible to print the eye artwork, and then cover it over with a transparent resin “lens” to protect it and magnify the cornea graphic. To our knowledge, such a realistic eyeball has never existed in toy-form!

With these two creative challenges solved, Happy Worker went to work producing the collectibles. Blue Door Films jumped in with a clean and crisp package design to help build anticipation around the collectible nestled inside. Happy Worker molded a custom Styrofoam block – a perfect fit for the Eyecon figurine and its base. When all prep was finished, Happy Worker assembled the collectibles, packed them up (along with a special printed card for each and every recipient), and prepared for shipping.

The collectibles were distributed to hundreds of Comcast Spotlight offices around the US – a big job and one that needed to be handled carefully – all in two days. Within a couple of days “Grabbing more of the Right Eyeballs than Ever Before” was the message on Comcast Spotlight team's minds, now the proud and happy owners of their very own Eyecon.

The reason we went down that road is to create a wow factor, something that isn’t in a catalogue, that everyone hasn't seen already. Everyone was surprised at the great quality. Thank you!

I just wanted to thank you for all the hard work you put into the Eyecon campaign. They are AWESOME!! The markets are going to flip - this is exactly the impact we wanted. This is phenomenal. Really, really nice job.