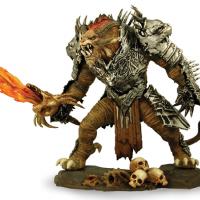 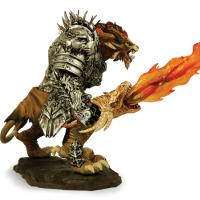 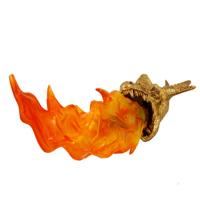 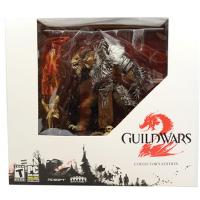 For the release of the highly anticipated Guild Wars 2 video game, NCsoft and ArenaNet wanted to raise the bar for the collector’s edition of the game – big time. After a lengthy selection process, Happy Worker was chosen to create several elements including the centerpiece: a giant, highly detailed figurine of Rytlock Brimstone, one of the game’s popular characters.

The “fur”ocious 10” tall figurine and its fire sword accessory have received top praise from hardcore fans and the gaming media. Happy Worker also designed a collector metal box to house the game and other goodies, as well as the overall packaging for the Collector's Edition.

The figurine played a key role in the Guild Wars 2 Collector’s Edition selling out on launch day, exceeding business goals and wowing fans.

The [Collector’s Editions] sold out. On top of all that we've seen tons of praise on the CE components, especially the Tin and the Figurine :). We've been very happy with the reception and you and the team should be very proud of the product that we created together.

All of us here at NCsoft and ArenaNet wanted to extend our appreciation for everything you and the Happy Worker team did to help us make Guild Wars 2 one of the most anticipated MMOs in history! It couldn’t have been done without the assistance of your team. You took an immensely challenging vision… and successfully turned it into a reality. Thank you so much for everything that all of you did.