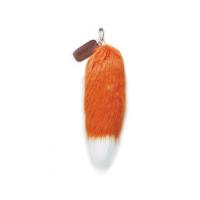 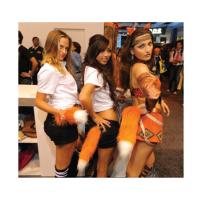 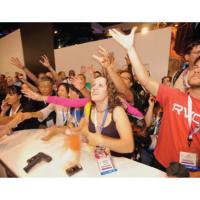 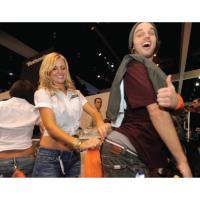 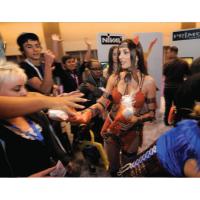 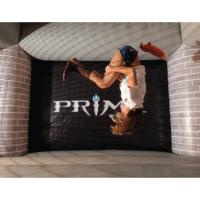 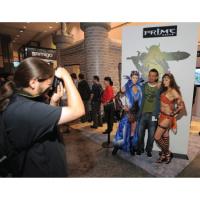 Nival is the developer behind popular video games like Heroes of Might and Magic V, Blitzkrieg, Silent Storm and Etherlords. With offices in the US and Russia they’re hard at work birthing their newest release, Prime World - an innovative social strategy game that has already won awards even though it hasn't been released yet.

Releasing a new game is a feat in itself – but announcing a new game at E3 Expo is a real challenge. With 47,000+ people crowding the aisles and 200+ booths, E3 is massive. It’s also ultra competitive, with everyone vying for the attention of video game tastemakers.

Nival knew it had a hit on its hands with Prime World. But they were about to put their newest game up against the biggest names in the industry. Nival needed to stop people in their tracks and introduce them to the Prime World universe. Once this happened they knew gamers would be hooked.

Dozens of elements combine to create a great trade show experience. Nival’s marketing team started with a groundbreaking visual anchor for their booth – a giant bouncy castle, based on the castles in Prime World. Now they wanted an exclusive gift that would get gamers excited and create a buzz on its own… 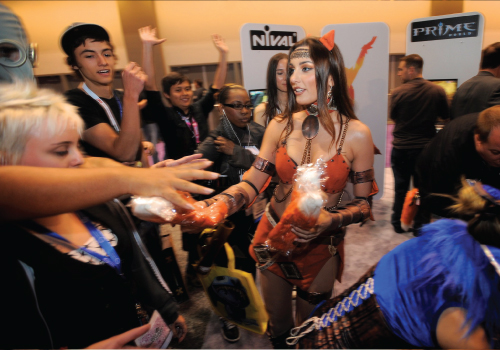 The Prime World Fox Tails quickly became one of the most talked about gamer gifts at E3, and earned praise for being among the hottest & best “swag” at E3. 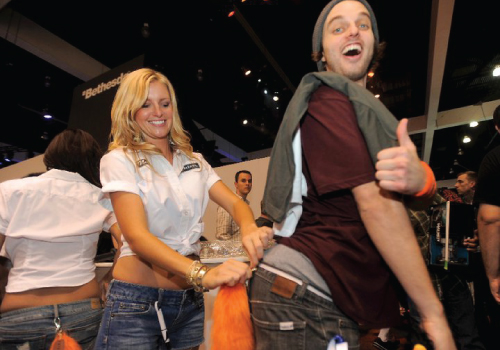 When Nival's initial gift idea wasn't possible for E3, everyone put their heads together funstorming other ways to bring Prime World to life. Out of the collective mind meld came an idea to play off the game’s tail-wearing characters. Combining cosplay culture with a gamer gift that reflected the unique social fun of the Prime World in-game experience, the idea for the Prime World Fox Tails was born.

With E3 only weeks away, Nival and Happy Worker suited up and speedily began designing and prototyping the fuzzy reddish-orange fox tails. Along the way we made one major change, switching gears from a longer costume-centric tail to a smaller tail accessory that did double duty both as a furry wearable and as a fashion accessory. We also made some creative compromises due to timelines, working with mainly off the shelf hardware rather than creating new metal parts. Once everyone felt the fox tails were just right we began fabricating fox tails for the gamer masses.

Arriving just in time for E3, the fox tails were lovingly drafted into action by Nival’s team, both for gifting to game fans and as eye-catching costumes for their booth models.

Next, Nival’s marketing team:
Nival’s marketing crew received numerous accolades for their E3 efforts & earned recognition as one of the top booths at E3 and the best booth gimmick of the show.

Finally, the Fox Tails:
We’ll let the quotes, photos and videos speak for themselves! Our sincere thanks to Nival for inviting Happy Worker to take part in such a superb launch & playful good time.

… pretty much everyone wanted to stop by and snag a Fox Tail for their swag bags. In doing so we were treated to one of the coolest genre mash-ups in development today… chances are you’ll be hooked. We were.