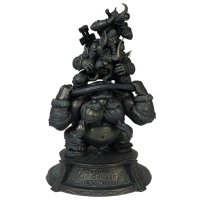 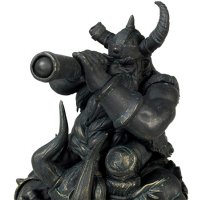 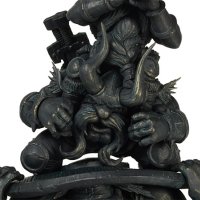 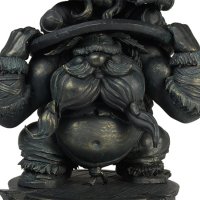 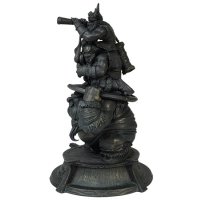 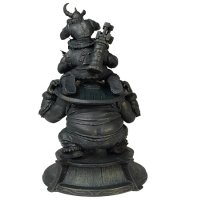 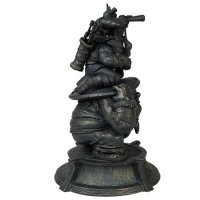 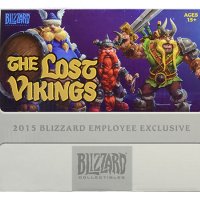 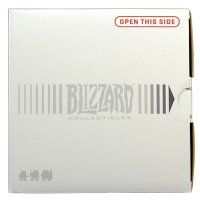 Just in time for Blizzard's 25th anniversary, this premium statue of The Lost Vikings tells one of the many stories from the company's epic history. Born in the early 90's videogame by Silicon & Synapse (AKA Blizzard), The Lost Vikings returned to fans in Blizzard's MOBA Heroes of the Storm, introducing Erik, Baelog, and Olaf to a whole new generation.

The 8.5" tall statue features the 3 characters stacked on top of each other and scouting out the terrain ahead. Constantly striving onward and upward!

The statue is made of 3 different types of high quality plastic (resin, vinyl and ABS) and composed of more parts than you would imagine to keep the characters and their stacked pose accurate. No detail gets left behind! The statue is assembled in 4 parts, with magnets inside to give that happy feeling of feedback when putting the statue together. Each statue is treated with a hand painted faux bronze patina.

The statue was created as a limited edition gift for Blizzard staff for the 2015 holiday season.

Designed By & Distributed By: Activision Blizzard
Made with Happiness By: Happy Worker

Heroes of the Storm