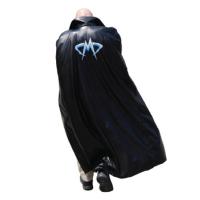 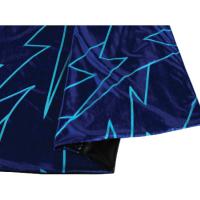 DreamWorks Animation is the studio behind well-loved films like Shrek, How to Train your Dragon, King Fu Panda, Madagascar and Antz. And behind each every kung fu kick, toothy dragon grin, and ogre brow furrow is a DreamWorks animator. Hundreds of animators work together, painstakingly crafting each detail of the film frame by frame into a final seamless story and an animated work of art. DreamWorks Animation’s newest film, Megamind, premiered in Fall 2010.

The creative crews behind each DreamWorks Animation film work long and hard to perfect each 1/24th of a second of animation. Any team that works this hard deserves to play hard too, so DreamWorks plans imaginative play days for their crew to celebrate and run wild for a day.

For Megamind’s team (aka the MegaCrew) DreamWorks created a genuine superhero boot camp with courageous physical challenges and a day to relax in heroic camaraderie. To go along with the day DreamWorks wanted an eye-popping wearable gift that would surprise their staff and help them get in the mood.

DreamWorks came up with the idea to create real-life replicas of the lead character Megamind’s fashion-forward super villain cape. This deluxe costume cape needed to be flashy, over-the-top, and just a little diabolical. It also needed to be designed to suit the more practical needs of DreamWorks’ play day activities. 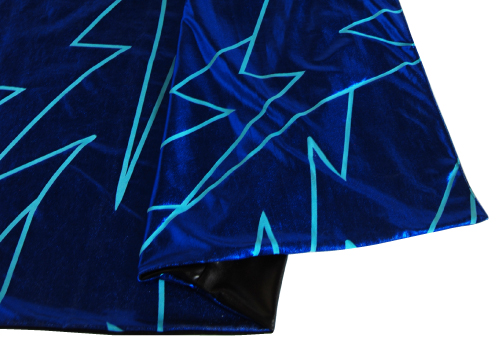 DreamWorks’ animators outputted rendered frames from an early cut of the film and provided character reference material and color palettes. Working within quick timelines, Happy Worker tagged back with different fabric options for the right villainous flow and swanky feel, knowing that a cape is only as great as the emotions it bestows within its wearer. Collaborating with DreamWorks’ producers, Happy Worker developed prototype cape patterns and tested different neck closures, fabrics and metal stud detailing.

The final design melded the key visual elements of its animated original with practical play day uses. Just like the iconic animated original, the deluxe Megamind costume cape included tailored pointy collars, a ground-sweeping pattern, and lightning bolt liner. A few final touches, like a flashy Megamind logo on the back and a MegaCrew branded tag were added before the capes were packaged and landed at the DreamWorks Animation campus. In addition to Megamind’s superhuman crew, the capes were also proudly bestowed on industry VIPs and flown in to various events during Megamind’s launch.

It's not every day we get Megamind capes at work! Awesome!!!

The capes are a huge hit! People are amazed at the quality of the capes and the blue bolt pattern thrills them. Our thanks to you and your team!!