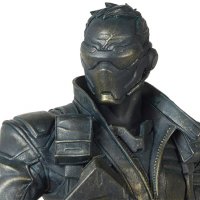 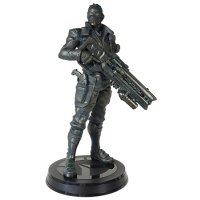 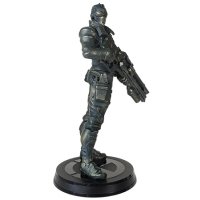 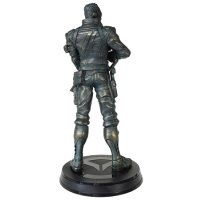 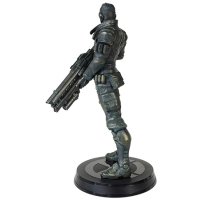 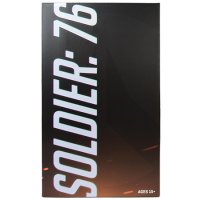 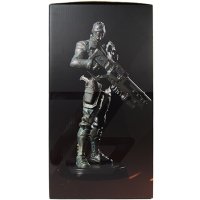 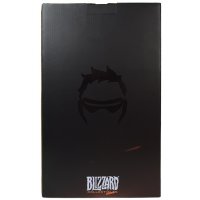 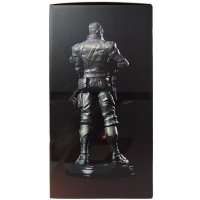 Jack Morrison joined the army at 18 and was chosen for the Soldier Enhancement Program to give him super-human speed, strength, and agility. Due to his battlefield prowess, stout courage, and strategic excellence, he ascended to be the Commander of Overwatch and led it for 20 years. In the explosion that destroyed their headquarters and crumbled the organization's foundation, Jack Morrison fell as well. To the world, he is dead. But to us he still watches the streets, hunting those that brought Overwatch down. He doesn't need to be the Commander of an organization to bring justice to the wicked. He is the world's Soldier.

With his heavy pulse-rifle, helix rockets, immeasurable accuracy and grumpy old-man quips he proudly leads his teammates through the streets, leveling those who oppose him.

This premium vinyl statue of Soldier: 76 is from Blizzard Entertainment's newest game, Overwatch. He stands firmly on a heavy-weight base, poised and ready for action. At 12" tall and weighing 2 pounds 8 ounces, he was a part of the Collector's Edition for the game.

Designed By & Distributed By: Activision Blizzard
Sculpted By: Brian Fay
Made with Happiness By: Happy Worker