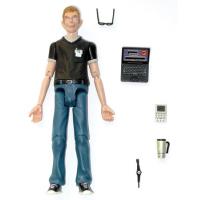 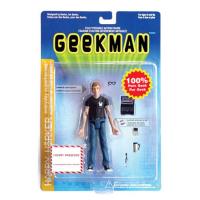 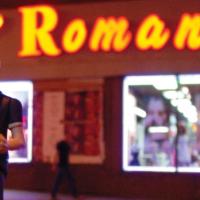 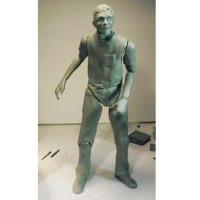 With an owner's manual and his own collection of geeky super powers, vulnerabilities and catchphrases, GeekMan's ready to save your digital day!

In the deep recesses of computer lairs exists a true, modern-day superhero. With more brain power than Deep Blue and faster than a TCP/IP packet, he can author code in a flash, leap over server racks with a pogo stick, and battle technical holy wars while sipping on a latte.

“Techno-nerd powers, activate!”
“That’s not a bug, it’s a feature.

GeekMan is equipped with 5 accessories (weapons of wisdom and tech geek gadgets):

In the electrical rumblings and hypnotic winking lights of the early computing machines, the seeds of this creature began to germinate. Carefully nurtured through punch cards and vacuum tubes, the computer geek took hold of the business world, fighting paper files and data inefficiency. Fueled by sugar and caffeine their ranks grew rapidly. First local domination was achieved through computer clubs and gaming parties. Then they began to recruit more to their cause, spreading the word of 1’s and 0’s through phone and data lines, via BBS posts and by electronic mail.

They rose to a height in the late 1990's, when their kind ruled the world like the carnivorous bird-reptiles of old. Tough and wily, they survived the subsequent digital ice age and dot com destruction that rained down, showering the planet with discarded stock options and unwanted AOL cds.

Now they lead the fight to tame and build our digital world. Each of these code warriors carries the codename… GeekMan.